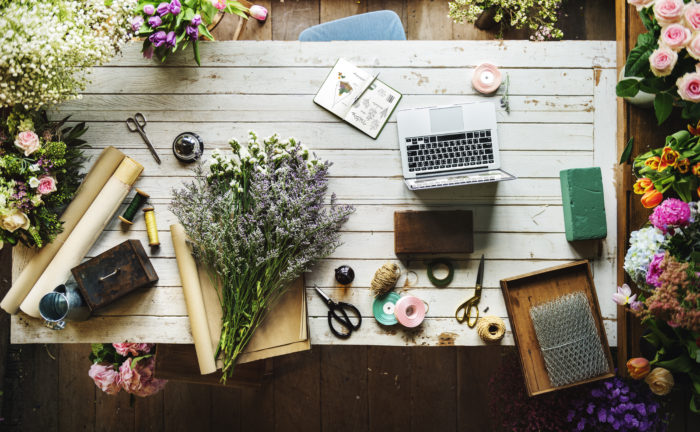 Let’s get straight to the point: ecommerce is NOT killing brick-and-mortar retail.

At Vend, we firmly believe that physical retail is very much alive, and we’ve said it again and again. But to continue to drive this point home, we thought we’d get a second opinion and some actual data behind this claim.

So we caught up with Neil Saunders, the Managing Director and a Retail Analyst at GlobalData Retail (formerly Conlumino). Neil analyzes a number of things connected to retail, including shopper behavior and trends, channel dynamics, brand preferences and more. We asked Neil about his thoughts on ecommerce vs. brick-and-mortar, as well as the trends he thinks will make the biggest impact on the industry in the next five years.

Check out what he had to say:

1. How much is ecommerce or Amazon *really* to blame for the poor performance of several physical retailers — particularly department stores?

There is no doubt that Amazon has been disruptive, it has been one of many competitive forces that have reshaped the retail environment. These have raised the bar for all retailers and have made doing business faster-paced and more challenging. Arguably, Amazon’s acceptance of lower margins has put the squeeze on many other retailers who have had to reduce prices to compete.

However, as much as all this is true, Amazon has also become a catch-all excuse for all manner of retail ills. This is largely unjustified and does not stack up against the data, especially when it comes to the department store sector.

Collectively, customer numbers and the market share of department stores has waned. The interesting point, however, is that Amazon is not the primary beneficiary; other physical retailers like TJX, Ulta, and the own-brand stores of premium players have gained more of department store losses than Amazon.

The reasons behind the defections are also revealing. The vast majority of those no longer shopping at department stores have left because the product, store environment, or service was not up to scratch. In other words, department stores have pushed their customers away much more than Amazon — or any other retailer — has pulled them away.


2. Can you give examples of brick-and-mortar retailers that are doing well? What are they doing right and what do they have in common?

Despite the negative headlines, there are a surprising number of physical retailers performing well. Many of these are discount focused and include TJX, Ross, Dollar General, Dollar Tree and Burlington.

The appeal here is primarily good value for money — they give the consumer a lot of bang for their buck. However, in the case of players like TJX, the constantly changing assortment and treasure hunt nature of the store also provides entertainment and a reason to keep visiting.

In spite of its size and maturity, Walmart is also doing well. Walmart is a very solid retailer with excellent retail disciplines; it is also improving the shopping experience and investing in new formats, businesses, and initiatives. It serves as an example of what can be done when entrepreneurialism and a culture of change are rooted in a corporation. Target is also starting to produce better store numbers, mostly driven by its newer shops; these are much more experiential and engaging for shoppers.

Outside of some of the price-focused players, middle and premium retailers are also thriving. Sephora, Ulta, and Lush are all growing strongly and taking share. Excellent store experiences, the integration of beauty services, and a good omnichannel approach have helped all three. Coach is now doing better which is largely down to improved product and a better in-store experience.

Although these retailers are different, the thing that ties them together is evolution. None of them have stood still; they have all adapted and innovated in the face of consumer change. That stands in very direct contrast to retail dinosaurs like the department stores.


3. Where do you see retail going in the next five years? What can retailers do now to prepare?

Over the next five years, retail will become more digital — although the vast majority of sales will still go through stores. This ultimately means omnichannel — creating a seamless customer proposition across the various channels and routes to market will be vital.

The rise of digital will also drive changes in the approach to store expansion and growth. The days of one-size fits all store model are fading, and the future will require a more flexible approach with a variety of store formats designed to address different locations and markets.

There will also be an increasing polarization between those retailers that focus on value and price, and those that concentrate on added value. For the former, automation will become a more significant part of the business model. For the latter, service and experience will be the order of the day.

Above all else, success in retail is as much about innovation and future thinking as it is about running the core business well. This requires a cultural change from one focused on processes to one focused on entrepreneurialism and ideas. For many traditional players, this is arguably one of the most difficult things to accomplish.

Choosing Cloud Software? Look Out for These Trends

Why eCommerce is the future for wholesalers